Coughs, colds and painful ears – how acupuncture can ease a child’s suffering and reduce antibiotic use 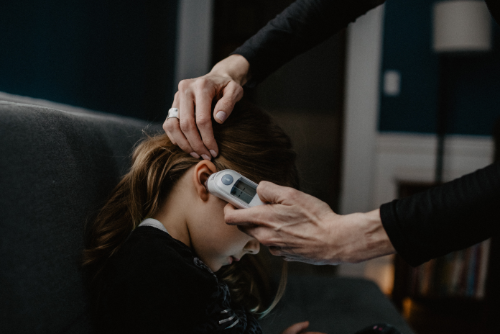 Coughs, colds and ear infections are, sadly, common occurrences in young children.  This year especially, following the relative lack of social contact last winter, families, schools and doctors are reporting an even higher incidence of these types of infections.

Doctors are also sounding the alarm on increased antibiotic resistance, and the fact that antibiotics are of little value in most benign childhood infections.  Whilst they are self-limiting conditions, parents will be only too aware that a cough that begins in early autumn can, for some children, mean months of coughing throughout the winter or that ear infections can mean extreme pain for their child.

Coughs, colds and ear infections are all readily treated with acupuncture and non-needle related techniques.  At The Little Acupuncture Room, we regularly see children during an acute infection and can help to reduce coughing and fevers, lessen pain and clear mucus.  We also see children who seem to be stuck in a cycle of infection after infection, who are tired and run down as a result. In these children, acupuncture and non-needle related techniques can build the child’s immunity, so that this cycle of repeated infections ends.

To give you a sense of what we do, I will share two little case histories.  A couple of weeks ago a six-year-old boy (let’s call him Charlie) came in with severe ear pain, that had been bothering him for several days. We inserted 2 fine acupuncture needles (which Charlie said he did not feel) and used a technique called moxibustion (a warming technique using lit mugwort) close to his ear.  We stressed the importance of wearing a hat that covered his ears in the cold weather.  By the time he left the clinic, Charlie said he felt no pain in his ear at all.

I have been treating another boy (let’s call him Sam), who is six years old, on and off since he was three.  Sam’s mother said every winter, he spent virtually the entire time from October to March relentlessly coughing, which disturbed his sleep and that of his family, and caused him to be permanently exhausted.  With a few treatments at the start of the winter, and the occasional top up if he did catch something, Sam got over the one or two bugs he caught within a few days.  For the three years since having acupuncture, Sam has not had a prolonged cough.

As the UKHSA chief medical adviser Dr Susan Hopkins says: ‘Taking antibiotics when you do not need them only puts you and your loved ones at more risk in the future, so please listen to your GP, nurse, dentist or pharmacist's advice.’  Thankfully, acupuncture and its related non-needle techniques offer an alternative approach to supporting children through childhood infections which not only eases their symptoms in the short term, but actually improves their health in the long term.

Back to The Little Library